It's officially peak season and potentially the biggest and busiest weekend of the season is fast approaching.

BBC Radio 1 will be returning to the island for several live broadcasts over the weekend of Friday 2nd August until Sunday 4th August. As well as that, Ibiza's clubbing calendar continues to up the tempo and leave us in a state of indecisiveness once again. Check it out.

It's a wild weekend with a festival-like schedule over four fantastic days, jam-packed with some of the most-talked-about names in the music industry performing over a variety of stages. Whether you want to listen to underground belters, dancefloor anthems, disco, house or urban beats, there is an event on the island for everyone across the weekend.

We've broken down this weeks proceedings to help you decide which one, two or five parties tick your box.


Starting and ending BBC Radio 1's Ibiza 2019 events on Monday 29th July and 5th August, BBC Radio 1's dance legend Mistajam and special guests will be bringing you nothing but the biggest past, present and future Ibiza anthems all day long at the famous "home of the pool party" otherwise known as Ibiza Rocks Hotel.

Joining Mistajam on the first Monday will be M22 and Ultra Nate. Duane Harden will be on both dates. On the following Monday, "Show Me Love" singer Robyn S will also join Mistajam along with more special guests TBA.

Joining them inside the sun-soaked settings of Ibiza Rocks on one of the hottest weekends of the year will be David Guetta x Jack Back, CamelPhat, Solardo, Danny Howard b2b Idris Elba, Krystal Klear b2b Paul Woolford, Monki b2b Rebuke and Annie Mac b2b Kölsch.

FRIDAY 2 AUGUST - Defected In The House at Eden

Friday's are about Defected. The streets of San Antonio are already heaving on Friday nights with this roadblock residency bringing in a record selling number of ravers.

You can only imagine the type of party that will happen inside the walls of Eden after the flood of clubbers march from Cafe Mambos to Defected. In other words, get your tickets now to avoid disappointment.


Back in 2015, Calvin Harris took to the colossal Ushuaïa stage during the BBC Radio 1 weekend and made for one of the most memorable performances at the venue to date.

Friday 2 August marks the start of his debut residency in 2019 at the Playa d'en Bossa open-air club we cannot wait to see the superstar DJ create more spellbinding dancefloor moments over his 6-week residency at Ushuaïa, finishing on 6 September.

Ibiza Rocks prepare for round 2 on Saturday as BBC Radio 1 Xtra take over the poolside venue with a roster of current urban artists and a show that will be broadcast live to the nation.

Alicai Harley, Donae’o, Jay1, Kida Kudz, Ms Banks, Sneakbo, WSTRN, and YXGNE BANE will take to the stage between 14:00 until 23:00, and the event will be hosted by ACE, DJ Charlsey, DJ Target, Dotty, Mistajam, Snoochie Shy and Tiffany Calver.

Over in Playa D'en Bossa, Radio 1 will be teaming up with ANTS at Ushuaïa on Saturday 4 August.

Taking charge of the momentous stage will be the usual favourites of the ANTs colony including head-honcho Andrea Olivia, Maya Jane Coles and Solardo. Eli & Fur and Second City are also pencilled in and it wouldn't be a Radio 1 special without the one and only Pete Tong headlining the evening. 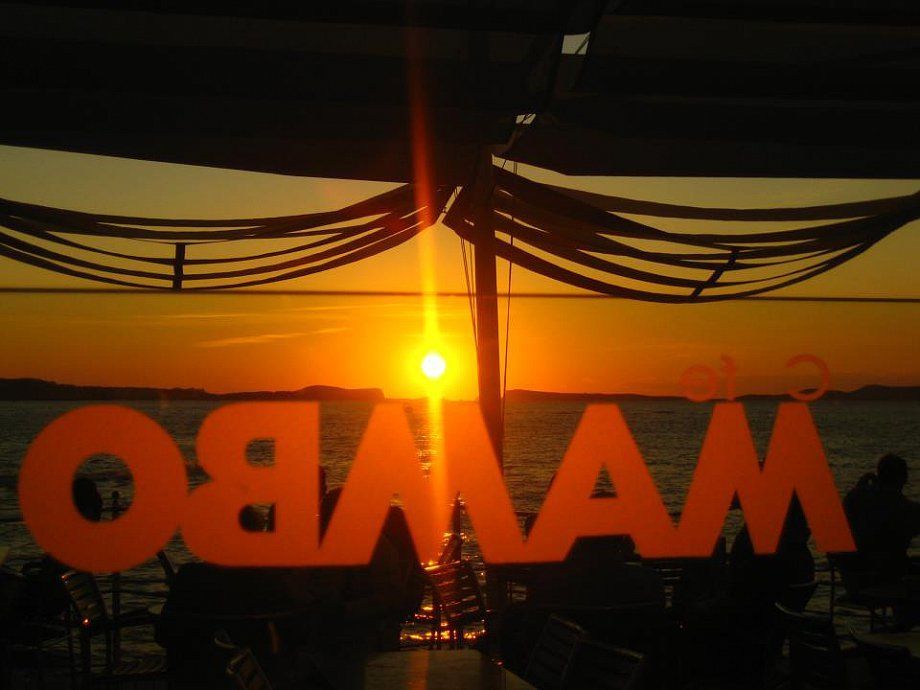 Café Mambo is one of the jewels of Ibiza’s crown that continues to shine brightly and remain one of the most popular early-evening hot-spots for so many reasons. Home to some of the best pre-parties for weekly sell-out residencies, you can witness the gorgeous golden sunset whilst listening to some of the very best artists for free as you perch on the rocks by the sea; the perfect party starter.

Just like tradition, BBC Radio 1 Weekend will set up camp at San Antonio's Cafe Mambo to present a series of very special live performances and DJ sets on a festival-like stage on the sea with space in front for people to dance.

This summer, Mistajam brings his legendary BBC R1 Dance Anthems Show to Cafe Mambo, and we can't wait to listen to the best tropical, Ibiza, holiday jams and throw-backs at this idyllic location. The line-up is yet to be announced, so stay tuned.

Entry is completely free but only drinks purchased inside Cafe Mambo will be allowed by the stage, you will not be allowed to bring your own drinks.

Keeping it in the family - you can expect to hear lots of music from the artists and sounds of this award-winning label on Sunday's. BBC Radio 1's Danny Howard has featured in the residencies line up across the season, and it's been great to have the Toolroom family back in action in San Antonio. This weekend is no exception.

Providing some of the best house and techno soundtracks to our summer, Friend Within, Illyus & Barrientos, Leftwing : Kody, Mark Knight, Martin Ikin, Maxinne, Weiss and Wheats will be behind the decks. Watch out for the rumble of the mighty void-sound system as this residency is set to blow your socks off.

Glitterbox may not officially be part of the Radio 1 Weekend, but the glamorous residency is still a huge part of every weekend on Ibiza.

If you're looking to end your weekend with a bang then Glitterbox is the very best spirit lifter and disco extravaganza. This weekend, Basement Jaxx (DJ set), Todd Terry, DJ Spen & Karizma, Late Nite Tuff Guy, Simon Dunmore and Melon Bomb will be providing the ultimate feel-good grooves and Barbara Tucker will perform live and shake the disco balls of Hï Ibiza with her powerful soul voice.

There you have it. Here are some final tips: