ClubTickets presents 3 Reasons why the Ushuaïa Ibiza closing party 2019 was one for the books.

Ushuaïa has cemented itself not only into clubbing folklore but also barged its way to the top of the list of the most talked-about Ibiza closing parties of 2019. If we take ourselves back to the opening party in May, it's difficult to believe that the rain would have had us fleeing the open-air venue soaking wet, and that come to the closing party we would be dancing under the beaming sun on a glorious October afternoon. Just like the occasion or better still, the season, this day was full of surprises.

The good karma was enjoyed in abundance by thousands of eager partygoers as the sun blitzed down onto Playa d'en Bossa on Saturday 5 October. Like most opening and closing parties, the timetable of events had been extended to give music lovers that extra bit of dancing time and soak up every last bit of Ibiza magic to last the next six months. It was the busiest weekend of the closing party schedules, but there was no time for sleeping in on this morning. Whether you had a heavy night before or not, the ultimate Ushuaïa closing party kicked things off at 12:00pm.

Pulling out all the stops with a truly massive house and techno line-up, some of the biggest names of the season took to the decks early doors and the enthusiastic crowd unsurprisingly filled the venue much faster than usual. This leads me on to the first reason as to why the closing was something special. Keep reading. 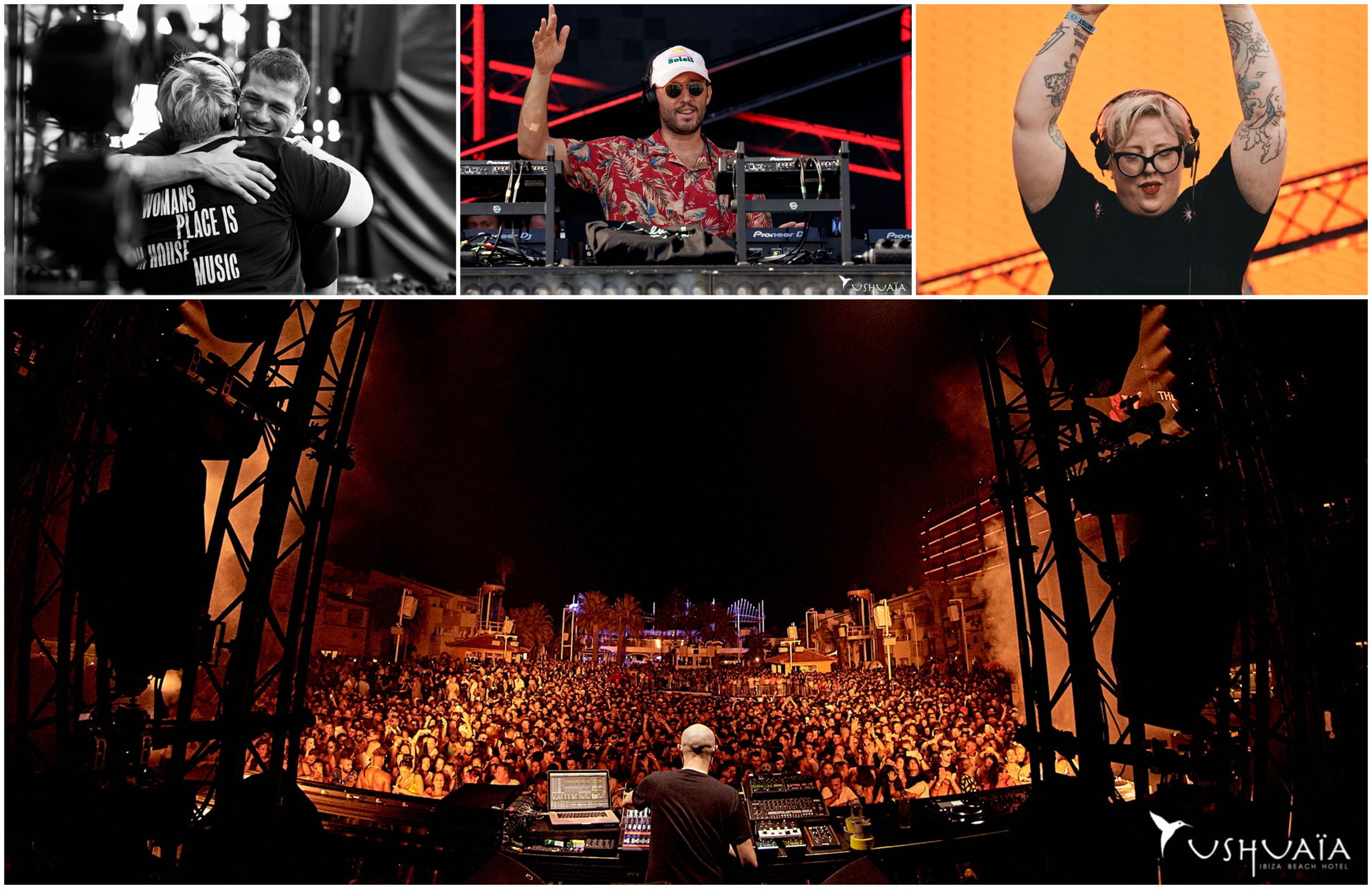 As much as we enjoy grooving underneath the smaller DJ booth at the back of the venue and around the pool, it was nice to see other names take on the mighty main stage as the entire venue was open from the off. With a timetable of high-status artists playing one after another on the ginormous, robotically decorated stage, the outdoor party felt like one big festival.

Raul Rodriguez and Francisco Allendes were up first. Unfortunately, we didn't arrive until 16:00, which was early enough to catch the end of Agoria's elegant set. Dedicated daytime fans of the French electronic DJ's Blue Marlin residency must have been out in force as the area underneath the main stage had already nearly filled but still with plenty of room to groove and explore the fast-emerging genre 'drifting'.

As ANTS frontman Andrea Oliva took back his rightful place behind the decks, the already assembled dance floor massive were grooving away and baying for rhythmic blood! Next up, it was The Black Madonna with her eclectic house and disco anthems. It's been commendable this year to see her appear once a month on the island. Each performance of hers remains a talking point of the party, despite never having headlined herself; This makes us very excited for potentially bigger things to come from her next season.

As the sun began to set for the final time on the magnificent open-air superclub, Paul Kalkbrenner had to be the idyllic DJ to provide them euphoric feels (see point 2 for music highlights). I was elated for the German live act to have performed during a stunning pink sunset after he was cut short at the opening party due to heavy rain. Kalkbrenner made up for the time and provided one of the loudest reactions of the evening with his vocal hits and trademark melodic anthems.

Just two heavyweight names remained on the finale lineup, and the two I was most anticipating seeing. The Martinez Brothers never disappoint, and to catch them in a completely different setting to DC10 brought a new vibe to Ushuaïa - a slice of urban funk to the tech-house party went down a treat and made me like them even more. Very impressive!

To end, the one and only Mr Joseph Capriarti proved why he remains a big dog on every lineup. An emotional end to a phenomenal season at Ushuaïa Ibiza.

The great thing about the closing was the variety of house, tech house, techno, deep house, funk, G-house and more. You could be raving to an old school disco classic like Gypsy Woman by Crytal Waters before two-stepping to something techier.

Jamie Jones and The Martinez Brothers latest track on the DJ Award-winning Hot Creations label, Bappi, has been a huge bomb for them this summer and will be available to download on Friday 11 October. Other top tech tracks from the evening include 'Mistakes' by The Martinez Brothers and Daniel Stefanik's remix of the catchy banger 'Deep Inside'.

Musical highlights from the evening include Paul Kalkbrenner's enchanting live DJ performance and deeply personal work that embodies his entrancing techno sound. During NYC's urban house duo's set, the crowd went into a frenzy when they dropped their remix of Lil Yachty's Saint LaurentYSL ft. Lil Baby. I've had this funky tune on repeat all summer, so to hear it live amongst hundreds of happy shape-cuttin headz was pretty awesome.

An earlier set from Andrea Oliva still made connection with the audience as he created an atmosphere overflowing with positivity that was tremendously contagious. There were smiles, uncontrolled joy and an avalanche of emotions that flooded the dance floor throughout the evening.

Put your headphones in and listen to more below.

The intense farewell event didn't hold back on the striking elements of production and fireworks. Encompassing all areas of creative, strategy, design, production and more, The Night League’s drive and passion for delivering high-class, flawless entertainment experiences have ensured their reputation as a music industry powerhouse.

Highscream Production's shows at Ushuaïa Ibiza are a testament to their knowledge, ingenuity, creativity and passion. For this extravaganza, the venue was flooded by light with hundreds of slashing lasers of blue, purple, white and orange. The captivating beams crossed above our heads at all levels and the view from the balcony at the back was spell-binding.

Soaring fireworks and a plethora of confetti exploded even more often than usual. One big party with even bigger production than ever before. Every year, the Night League continue to smash expectations and provide not just a fantastic clubbing experience but heart-pulsating memories we will remember forever.

It's goodbye, for now, Ushuaïa Ibiza, but we cannot wait for next year. 2019 has been epic. Over and out.