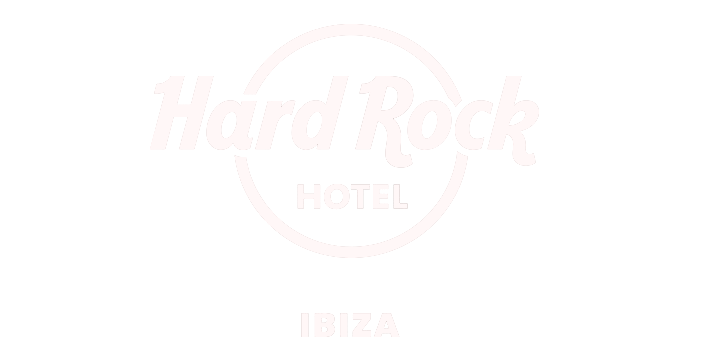 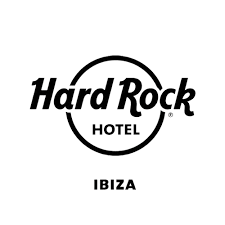 The international Hard Rock chain of hotels and cafes landed in Ibiza in 2014 to contribute to an alternative musical offer on the island.

Hard Rock Hotel Ibiza is the last resort of the Matutes Group. It's a 5 star hotel located just a few metres from the sea, next to the Ushuaïa Tower and Hotel Ushuaïa, in Playa d'en Bossa.

It has very luxurious rooms, spa, restaurants and everything you need for a rocking experience. Of course, live concerts could not be missing.

Hard Rock Hotel is famous for bringing a range of different events to Ibiza including the International Music Summit (IMS) which is held yearly in May over the course of three days.

The event consists of plenty of networking and music with huge headline acts putting on stand-out performances to the top-dogs in the industry and a congregate of dance music fans eager to see the best.

At the Hard Rock Ibiza’s stage we’ve seen in past seasons artists like Chic featuring Nile Rodgers in the Opening party, the legendary UB40, superstars Robin Thicke and Ellie Goulding or the British group Placebo to name a few.

For the past seasons, Hard Rock Hotel Ibiza has been the home for Children of the 80s, one of the favourite parties for ibicencan and local residents, taking you back in time to listen the greatest hits of the 80s and 90s.

Dress in neon lycra and boogie from 6pm until 12pm to all the best nostalgic tunes sure to evoke many happy memories and make for the ultimate feel-good vibe. Gala, Vengaboys and Samantha Fox are but a few artists that joined the Children of the 80’s in the past.

Music continues until 2:00 am at the Ninth, the rooftop of the hotel with a 360º panoramic view of Ibiza and Formentera. 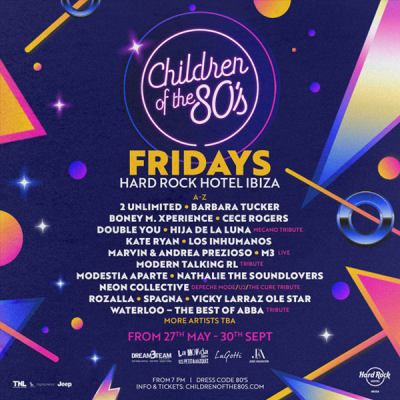 FRIDAY:
Children of the 80's 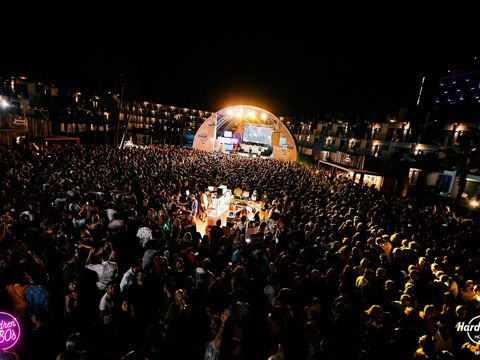 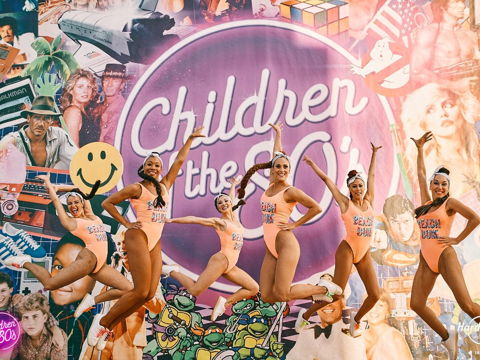 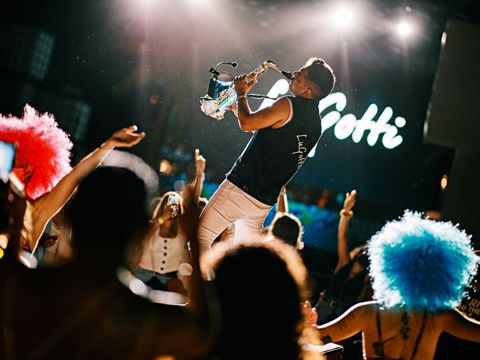 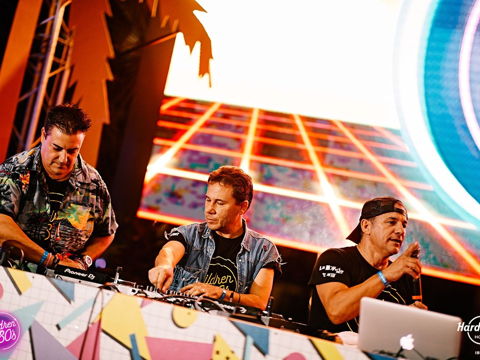 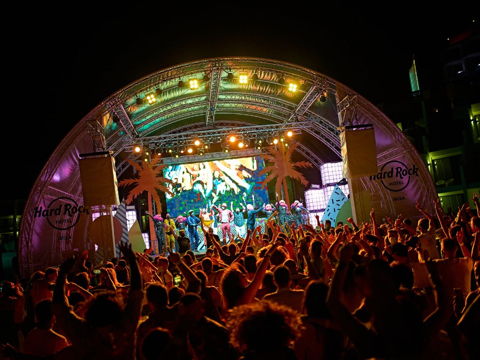 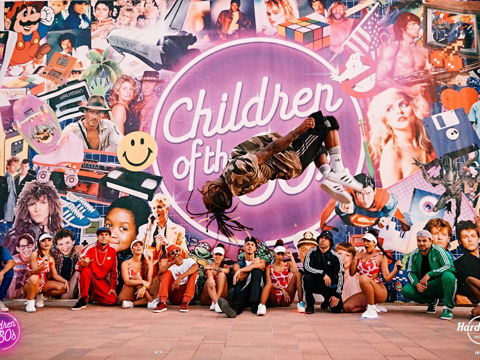 Ushuaïa Ibiza Beach Hotel is located in the center of Playa d’en Bossa road, in front of Hï Ibiza and the Aguamar waterpark.
Bus: There is a bus stop at the door of Ushuaïa Ibiza.

Taxi: There is a taxi stop at the door of Ushuaïa. Prices change depending on where you're leaving from:

The parties at Hard Rock are in the afternoon, usually from 19:00 to midnight. In any case, check the time of the event to be sure.

The hotel is open every day and has events and performances for its guests.
The club is open to general admission only on Fridays, with the event Children of the 80s.

Party tickets at Hard Rock Hotel Ibiza are priced between 20€-25€, but you might also find reduced price tickets by entering before 9pm.

Buying tickets at the ticket booth the day of the event is more expensive, so if you are planning to go to Hard Rock Hotel Ibiza remember to buy your tickets online in advance. We are official selling point of Hard Rock Hotel party tickets.

The most famous DJ's of Hard Rock Hotel Ibiza 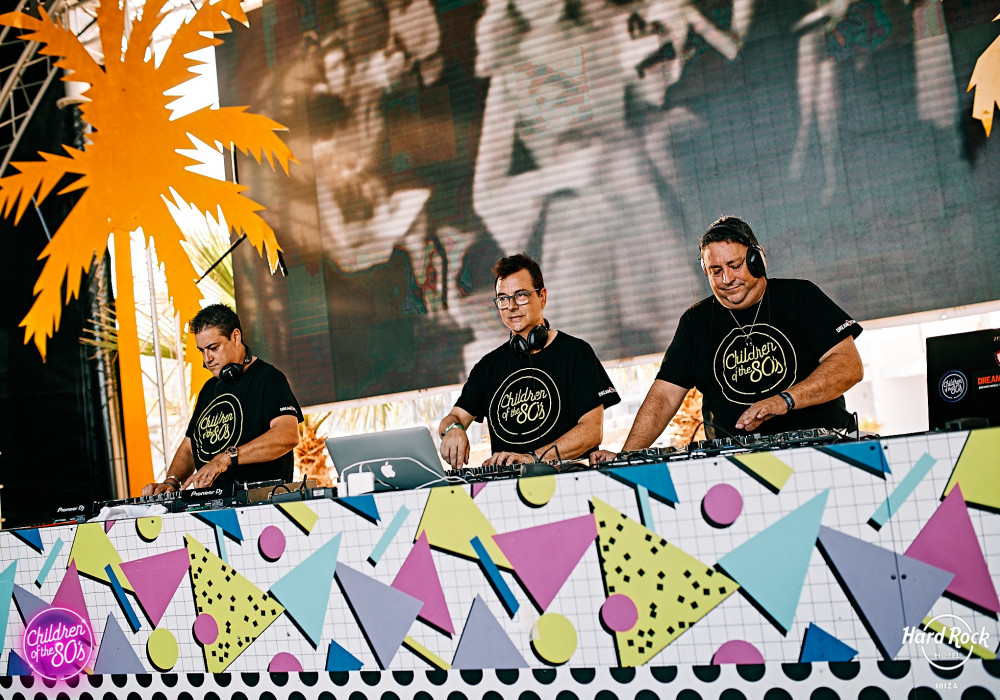 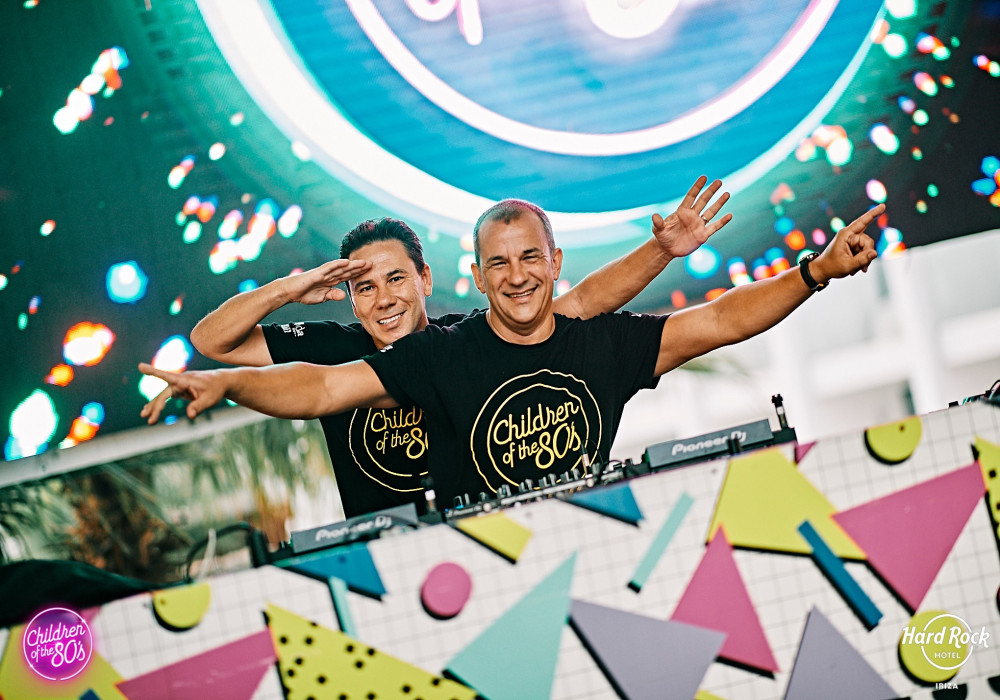