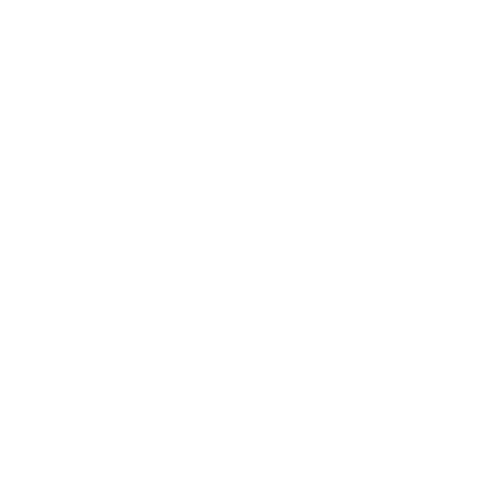 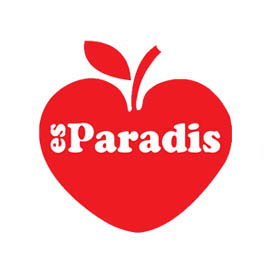 Es Paradis club, situated on the seafront in San Antonio, is undoubtedly one of the most beautiful clubs in the Mediterranean.

Es Paradis Ibiza opened in 1975 and was created by the artist Lluís Güell, also the creator of Café del Mar

It is built on a huge glass pyramid. Está construida en una enorme pirámide de cristal. Its interior is a spectacular space where the predominant color is the purest white decorated with the most exotic and varied vegetation.

In the hottest night of summer, Es paradis can open its roof

The club has two floors with two different rooms, decorated in true Roman style, with columns, palm trees and luxurious marble, predominantly white and very common in Ibiza. It's an icon of the nights in Ibiza and one of those nightclubs that you must visit at least once in your life.

Located in San Antonio, Es Paradis nightclub is focused on a British public, but it is also common to see many residents of the island.

Its most famous and fun party is the Water Festival, where water jets are the stars and the dance floor is flooded for everyone to enjoy. In addition, Es Paradis Club presents an extensive calendar of parties and unique experiences every summer

Es Paradis has a wide and diverse offer, three dance floors with three different environments: Café Paradis, The Gallery and the Main Hall. Also it has multiple services: 10 bars, wardrobe, a boutique and four VIP areas 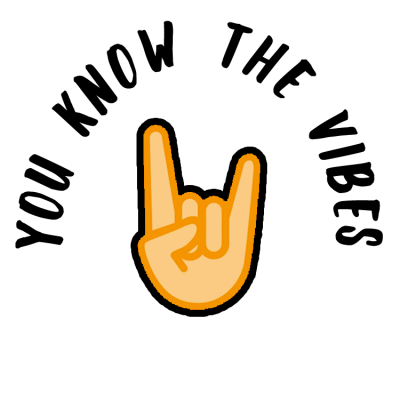 MONDAY:
You Know The Vibes 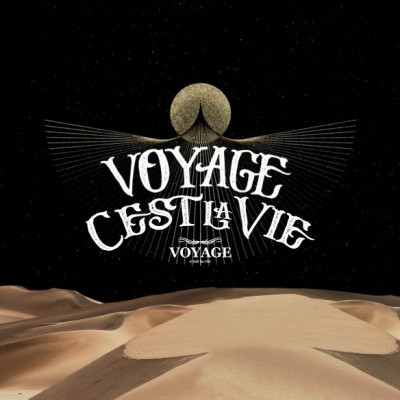 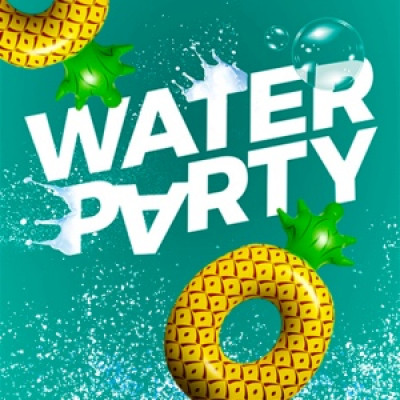 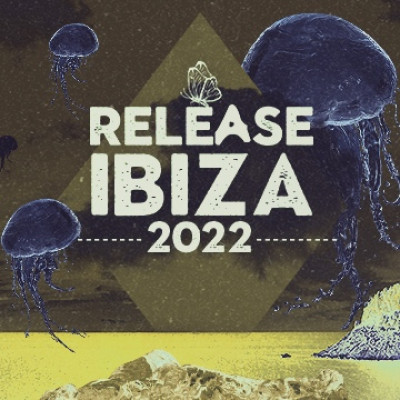 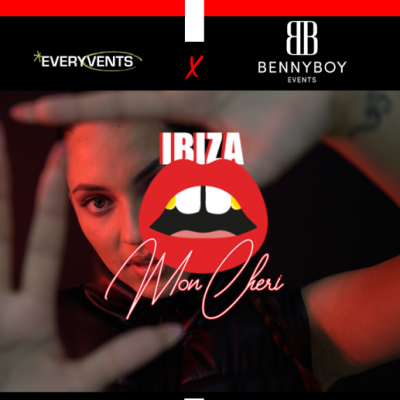 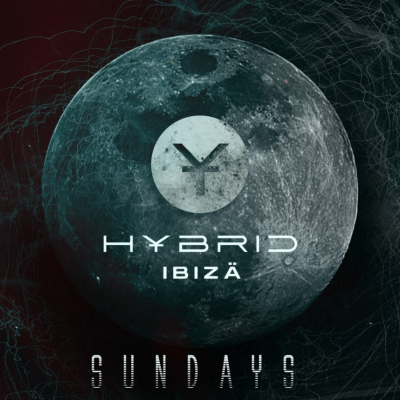 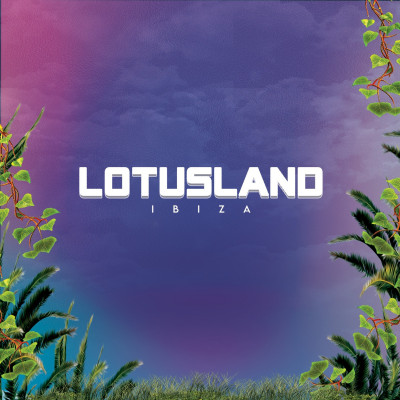 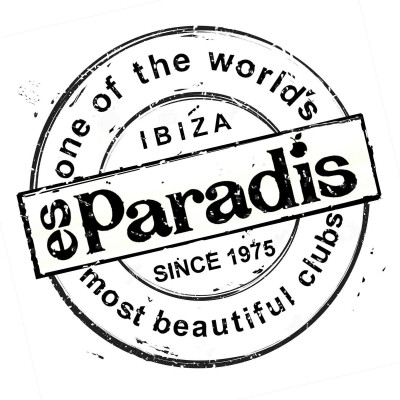 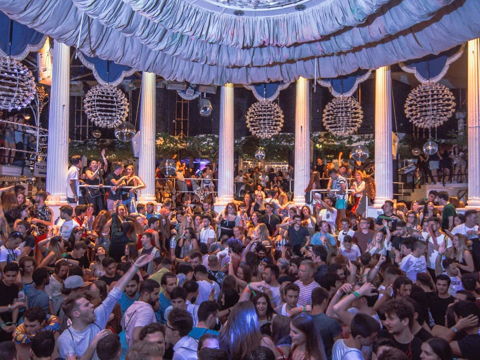 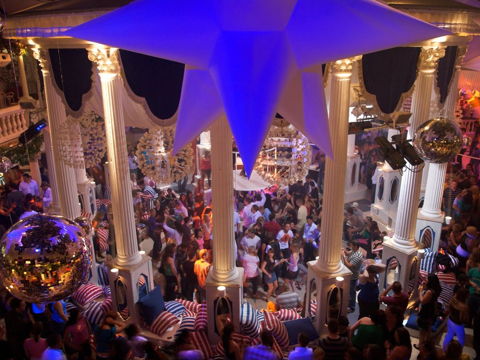 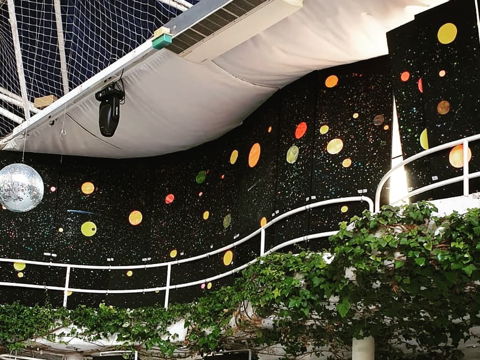 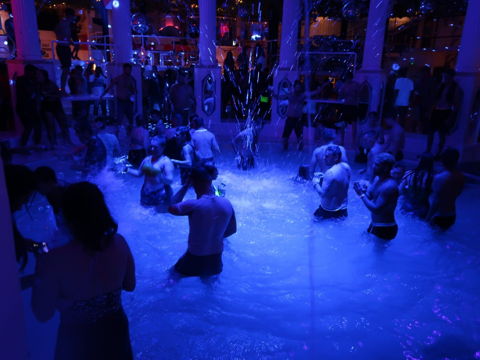 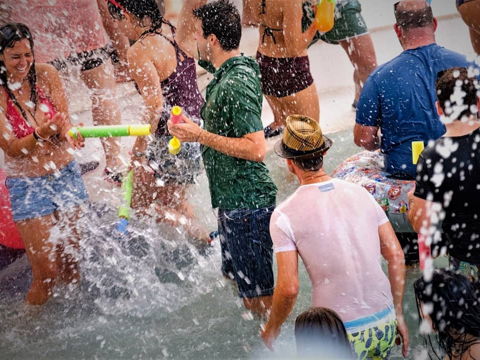 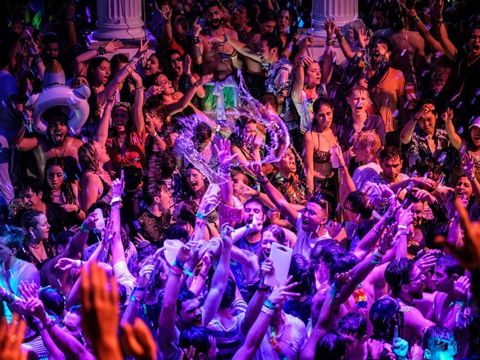 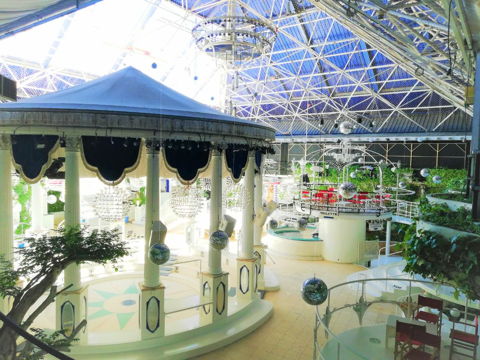 Es Paradis Ibiza nightclub is in the center of San Antonio.

Bus: Es Paradis club can be easily reached by any bus that goes to San Antonio

Taxi: Prices vary according to your point of origin:

Taxi from Ibiza city to Es Paradis club: The journey will take about 20 minutes and the price is around 25-30€, just like from Playa d'en Bossa

There is a private car park just in Av. Doctor Fleming, before arriving at Es Paradis, where you can park without any problem.

If you want to park for free, you can easily find it in the area around the San Antonio Bus Station.

Es Paradis Ibiza nightclub opens every day in the summer season, May to October

Buying a ticket for the same day at the Es Paradis box office usually increases the price compared to the pre-sale price.  So if you are planning to go to Es Paradis nightclub remember to buy your Es Paradis tickets beforehand on this website, we are the official ticket sales point for Es Paradis Ibiza.

The dress code of Es Paradis Ibiza is Casual. Don't go to the Water Party in a swimsuit, just wear it under the street clothes.. 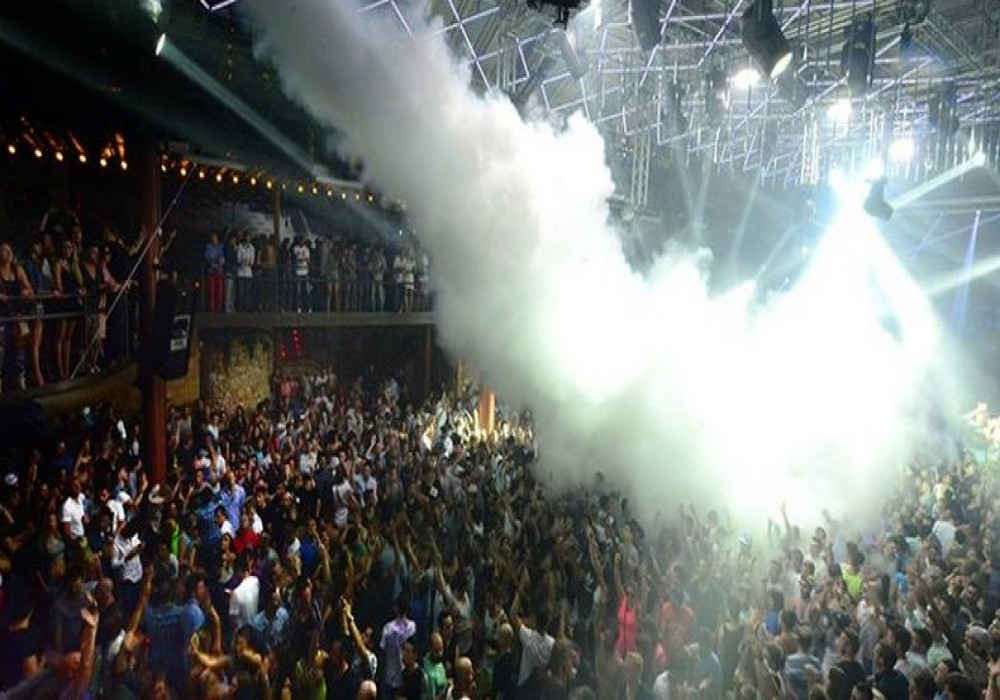